Releasing Disruptive Technology To The World

It is beginning to dawn on many people that rocket suits are here to stay. After all, we have been getting prepared for this since 1929 when the first Buck Rogers Comic Strip appeared.

Now people are demonstrating rocket suits almost every weekend. These are flashy demonstrations of what people can do when they set their minds to accomplish something. However, I don’t think this is what we can call disruptive technology. Like flying cars, rocket suits will probably not change civilization very much, merely add color and excitement to life in the 21st century.

It is not a dead-end in any way because this personal flyer technology will be useful in search and rescue actions, and military activities, but these are essentially niche applications and do not affect humanity as a whole.

A more disruptive technology was introduced as a 2-way wristwatch in a Dick Tracy comic strip in the 1940s. This technology enabled the detective to stay in communication with his office and family. 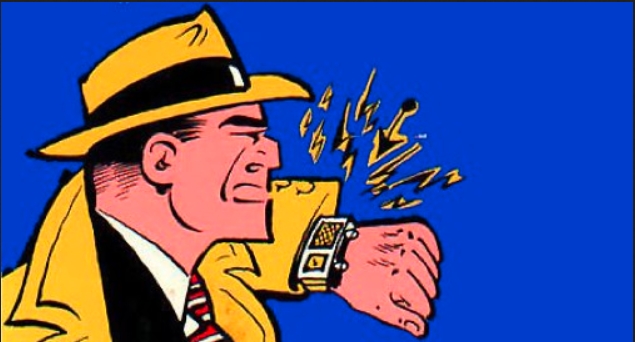 Today we have watches that communicate with the world through our cell phones and these ubiquitous cellphones have displaced the standard telephone for most Americans and for many people in almost every country. Phone booths and payphones have disappeared from most cities and it is rare to find one anymore except in prisons and even those are being converted to secure customized cellphones for inmate use.

For some people, their cellphones have replaced TVs and computers. Most people use their cellphone many hours a day for communication, information, guidance while driving, and entertainment. Where you would once see commuters reading newspapers, you now see them looking at their cellphones.

A need has always existed for a means to keep in touch with your loved ones and your coworkers and you can do that now with your cellphone. At the same time, you are carrying the equivalent of a detailed map of the world, an immense encyclopedia, dictionaries, a Thesaurus, travel guide, restaurant menus for all restaurants in the city, unlimited music recording, video conferencing, video camera, website management system, your business portfolio, your banking interface, and multiple messaging applications for different purposes.

Your phone gives you access to government agencies, secret clubs, dating groups, special interest groups, and to research information that was not public a few years ago.

You can use your phone to document meetings and accidents and share them with the world in a matter of minutes. This portable device gives you the means to change society if you capture events and share them on services like Twitter, and Tik Tok, and Facebook. A person carrying a cellphone is connected to the entire world in minutes if he or she chooses. Depending on what they share, the world can be amused, or touched to the heart, or brought to insane rage by what is revealed. Evil deeds, heroic deeds, and painful stupidity are far less likely to be hidden with the proliferation of cell phones.

Carrying your cellphone to an interview will guarantee that there will be a record of what was said and agreed to. If there is an objection to your recording, you would be wise to avoid signing on with this organization.

If you look at the changes that have occurred since the cellphone was introduced, you can see that the changes are still accelerating. The basic need to stay in touch is quite old, but access to information and money, and resources is an ever-expanding need. I think that cellphones have many more transformations to undergo before we run out of things to do with them.

You notice that rocket suits and cellphones were foreshadowed by science fiction comics. What else will be inspired by the stories that tap our racial memories and inspire our imaginations? Flying Hoverboards? Anti-gravity machines? Telepathic communication systems? The vision is not yet clear, but it may soon be clear enough to start working on it.

This entry was posted in Achieving Your Full Potential. Bookmark the permalink.