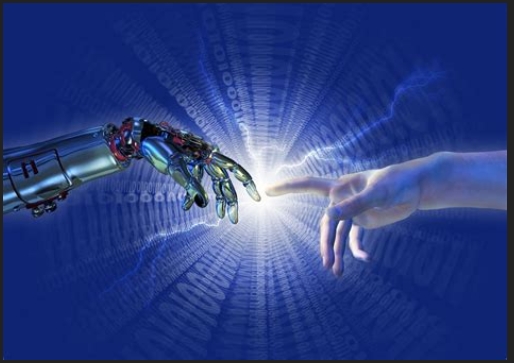 Here are some attributes of disruptive technologies:

Spiritual Rescue Technology fits the general definitions of technology in that technology can be considered to be anything created, not naturally occurring that improves a process, outcome, or understanding.

Using more technical terms, Technology is the sum of many techniques, skills, methods, and processes used in the production of goods or services or in the accomplishment of objectives, such as scientific investigation. Technology can be the knowledge of techniques, processes, and the like.

Spiritual Rescue Technology consists of techniques, skills, methods, and processes for communicating with spiritual beings, rehabilitating them, and getting them to help us in our daily lives. This includes rescuing them from incidents that have captured their attention and left them in a hypnotic state.

The immediate benefit for those who master SRT is that they can create original works with no writer’s block or any other creative blocks because they are provided with an inexhaustible source of ideas and images to work from. A person operating with help from their spiritual companions will find their ability to make decisions and resolve problems is so increased that ordinary difficulties seem to vanish as soon as they put their attention on them. The usual expression describing operation in this state is, “It feels like I am 3 feet behind my head at all times. Everything feels effortless!”

Use of SRT on a continuing basis produces increased awareness of life force and intentions in all areas. For the person themselves, they become aware of their own body problems as soon as they occur and can initiate healing actions to reverse the damage before it becomes permanent. They can also predict the consequences of interactions with others before any discussion begins. They can perceive the emotional states of others at a distance and are able to monitor these others at great distances. Experienced SRT users can influence the mental state of others whether these people are nearby or at a great distance.

Applying SRT to life has been demonstrated to be highly effective when done by practitioners who understand and use the technology correctly and the results are almost magical. The biggest barrier to its wider use is that the user must have enough awareness to perceive spiritual communication and it is not currently known what percentage of the population is able to perceive spirits and their efforts at communication.

If we were to examine SRT for the three attributes listed above for disruptive technologies, we can see that it does not fit all three at this time. When it is used, it easily supersedes older methods of healing and spiritual counseling, but it is not widely known or used yet. It has superior attributes but they are not immediately obvious even to early adopters because the rehabilitation of spirits is not widely understood or even accepted. The people adopting SRT have been upstarts who needed features that other spiritual technologies lack, but these upstarts are still few in number and limited in their influence.

I feel that Spiritual Rescue Technology is a disruptive technology but it has to prove itself in a niche that has been deemed imaginary by established scientific minds and their organizations. That niche, of course, is the interface between the spiritual realm and the physical universe. Many scientists seem to deny the existence of spirits except as electric current phenomena in meat bodies. Since science cannot perceive or measure intentions, their opinions have questionable validity. Science relies on activity in the physical universe to validate spiritual matters so their attention is on levitation and thermal effects and perception of distant locations.

When SRT practitioners are able to perceive distant locations accurately and can describe events that have taken place in the past and in the present moment, SRT may become significantly more disruptive than it is now but science will still struggle to show how these results were falsified.

I feel that SRT will enter the mainstream when practitioners can routinely contact departed beings and determine how they died or if they were killed or where their bodies are buried. People are doing that now, but their certainty is not to the point where they can write a letter to the police and to the survivors spelling out what was discovered and letting the authorities handle following up on the matter. When a psychic can know with certainty what occurred when someone died or got hurt and can deliver the goods in terms of crimes and hidden activities, they suddenly occupy a position in any civilization that is needed and wanted. They will also need to be organized and protected legally and physically because these people will be exploited and targeted for what they know.

I foresee that individuals with reliable abilities to perceive actions at a distance or remote in time will organize so they can act as a group and issue reports anonymously. This sort of activity could cause immense changes in society. The mere creation of such a group could change society long before any reports were issued.

Any group that uses SRT to provide information about activities remote in location or time should plan on referencing the spirits who provide information. Our experience in SRT sessions shows that spirit communication is easy to corroborate. The person channeling the spirit and the counselor will have similar data for valid conversations. If a group seeks information about an incident, they will have their own observations and the observations of the spirits involved in the incident and those observing the investigation. When we initiated an investigation of the crash site for Flight 93 which was hijacked in the September 11 attack we were able to contact passengers, pilots, and hijackers. The versions we got from each group were consistent with their roles in the incident.

The current remote viewing groups I have contacted deny the effect of spirits on their readings and take pains to eliminate spiritual contributions. Since they are all operating with fully active Earth Cases, this is a futile effort. In spite of that, some of these people have been assisting in search efforts with some success.

When psychic abilities are stable enough to produce repeatable results, those results will be in demand by various government and safety groups. SRT increases the stability of the user and I foresee the day when there are practitioners being paid well for their services and being paid to train others in the use of SRT.

This entry was posted in Achieving Your Full Potential. Bookmark the permalink.