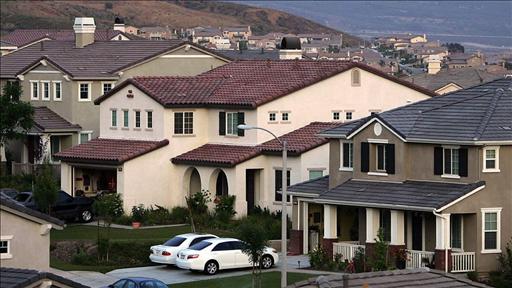 For its part, the Southern California Association of Governments wants to require more than one-half of the new housing in Los Angeles County and five other Southern California counties to be concentrated in dense, so-called transit villages, with much of it at an even higher 30 or more units per acre.

To understand how dramatic a change this would be, consider that if the planners have their way, 68% of new housing in Southern California by 2035 would be condos and apartment complexes. This contrasts with Census Bureau data showing that single-family, detached homes represented more than 80% of the increase in the region’s housing stock between 2000 and 2010.

The campaign against suburbia is the result of laws passed in 2006 (the Global Warming Solutions Act) to reduce greenhouse gas emissions and in 2008 (the Sustainable Communities and Climate Protection Act) on urban planning. The latter law, as the Los Angeles Times aptly characterized it, was intended to “control suburban sprawl, build homes closer to downtown and reduce commuter driving, thus decreasing climate-changing greenhouse gas emissions.” In short, to discourage automobile use.

If the planners have their way, the state’s famously unaffordable housing could become even more unaffordable. 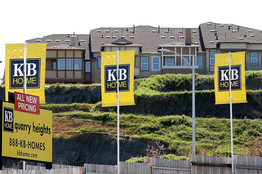 Higher population densities in the  future means greater traffic congestion, because additional households  in the future will continue to use their cars for most trips. In the San  Diego metropolitan area, where the average one-way work trip travel  time is 28 minutes, only 14% of work and higher education locations  could be reached within 30 minutes by transit in 2050. But 70% or more  of such locations will continue to be accessible in 30 minutes by car.

Rather than protest the extravagance, California Attorney General  Kamala D. Harris instead has sued San Diego because she thinks transit  was not favored enough in the plan and thereby violates the legislative  planning requirements enacted in 2006 and 2008. Her predecessor (Jerry  Brown, who is now the governor) similarly sued San Bernardino County in  2007.

California’s war on suburbia is unnecessary, even considering the  state’s lofty climate-change goals. For example, a 2007 report by  McKinsey, co-sponsored by the Environmental Defense Fund and the Natural  Resources Defense Council, concluded that substantial greenhouse gas  emissions reductions could be achieved while “traveling the same  mileage” and without denser urban housing. The report recommended  cost-effective strategies such as improved vehicle economy, improving  the carbon efficiency of residential and commercial buildings, upgrading  coal-fired electricity plants, and converting more electricity  production to natural gas.

Ali Modarres of the Edmund G. “Pat” Brown Institute of Public Affairs  at California State University, Los Angeles has shown that a  disproportionate share of migrating households are young. This is at  least in part because it is better to raise children with backyards than  on condominium balconies. A less affordable California, with less  attractive housing, could disadvantage the state as much as its already  destructive policies toward business.

A version of this article appeared April 7,  2012, on page A13 in some U.S. editions of The Wall Street Journal, with  the headline: California Declares War on Suburbs.

This entry was posted in Things that concern me, Totalitarianism in a new dress. Bookmark the permalink.