Trump and His Horde Of Unarmed Patriots Have Done the Unforgivable

They frightened Nancy Pelosi and other timid legislators by lounging around in the SACRED PRECINCTS of the US Capitol, carrying flags and wearing MAGA hats. You can see the terrifying scene here. 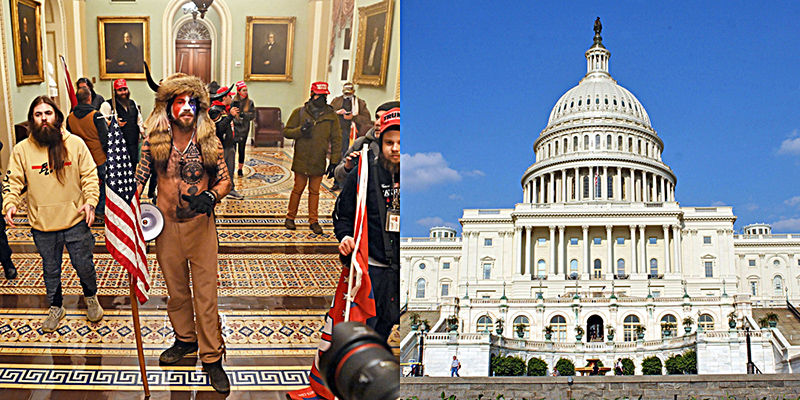 You can see their murderous intent by the pitchforks and torches they are carrying. No wonder our political leaders feared for their lives!

Let this be a lesson to those who would be patriots in the grand tradition of America. It’s OK to burn down cities and terrorize shopkeepers all across America, but don’t you dare frighten legislators by carrying away their sacred symbols of office like this podium being carried by this terrorist. Sheesh! I have seen more damage at a college fraternity party! 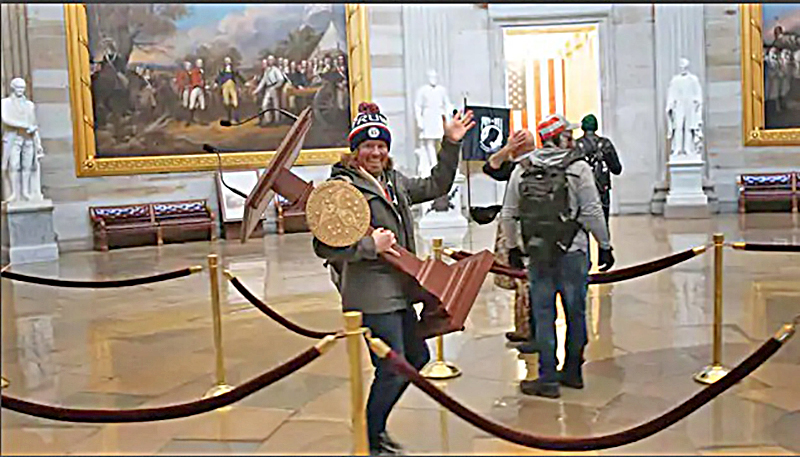 Of course, with our current crop of activist journalists, it’s easy to get camera angles of armpits and assholes to show the awful raping and pillaging that took place on that frightening night of insurrection that terrorized Nancy and her coven.

The lesson to be learned by this is quite profound. Your legal protest can be portrayed as an act of sedition and bring the might of the US Congress and Senate down on you if you frighten them. Burn cities and set police cars on fire and you will escape unharmed, but frighten a Congressman or Senator, and your life is toast.

Fear causes people to do strange things. Some of these Congress critters are still frightened. I watched some of them speaking during the impeachment proceedings yesterday, and their fear was still apparent. They want to expunge President Trump from history and all of those who supported him for these past four years.

Any day now, I expect Nancy to send the flying monkeys after us and our little dogs.**

** Reference to the Wizard of OZ

This entry was posted in 2020 Elections, Bigger, Meaner Government. Bookmark the permalink.