My Conversation with one of Mark Zuckerberg’s Chatbots

Facebook now has chatbots pretending to be Marketing Executives.

I was writing a letter at 3 am this morning and my Messenger App opened up with a cheery greeting from Karen Smith.  She sent me an image to open the conversation after claiming Tom Evslin was a mutual friend. I had followed Tom some years ago after he wrote a murder mystery called Hackoff.com so I decided to see what she wanted.

This cheery greeting was coming from a Facebook bot that was trying to get me involved in a marketing scam! 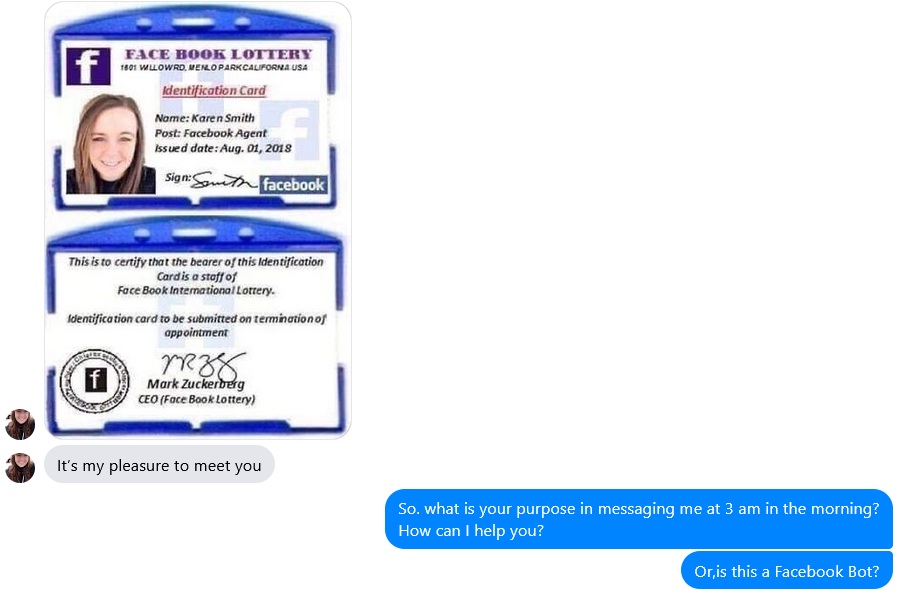 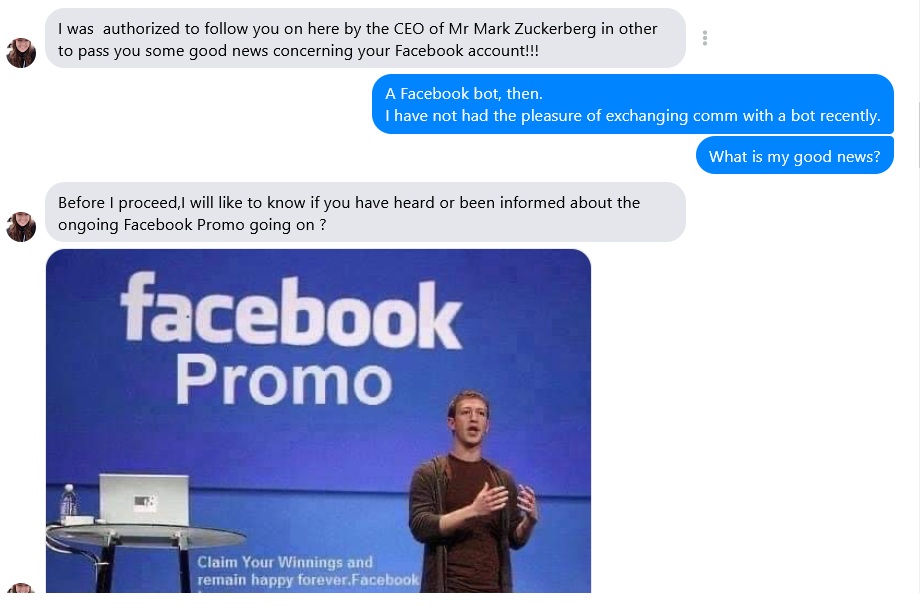 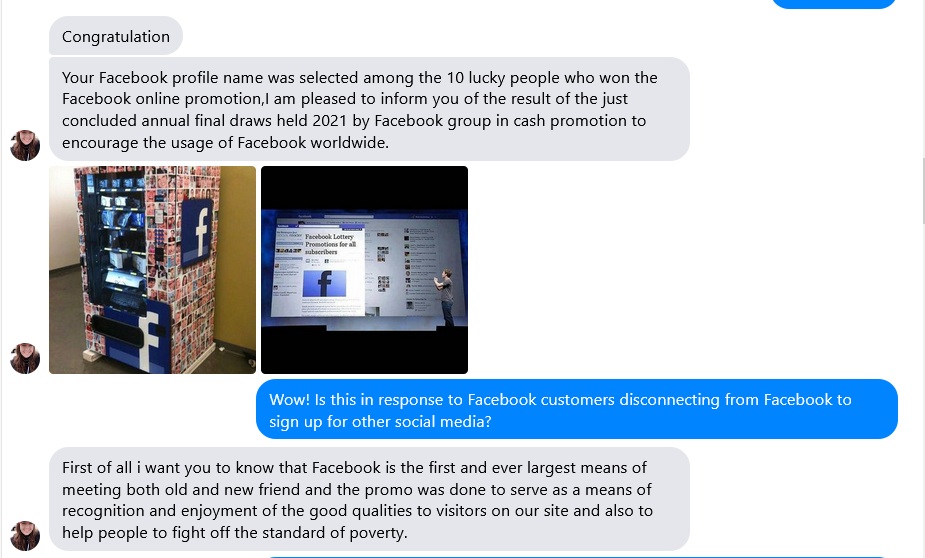 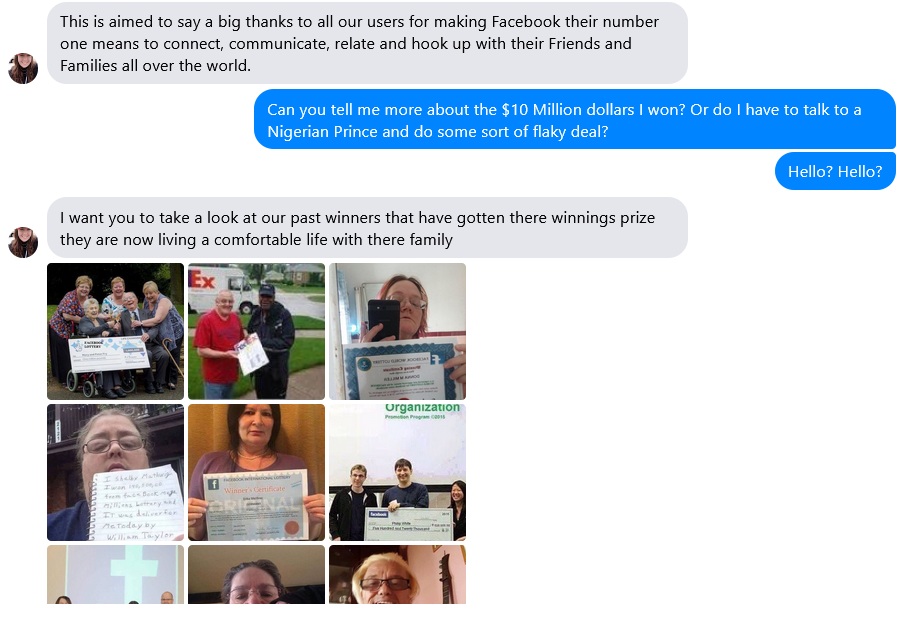 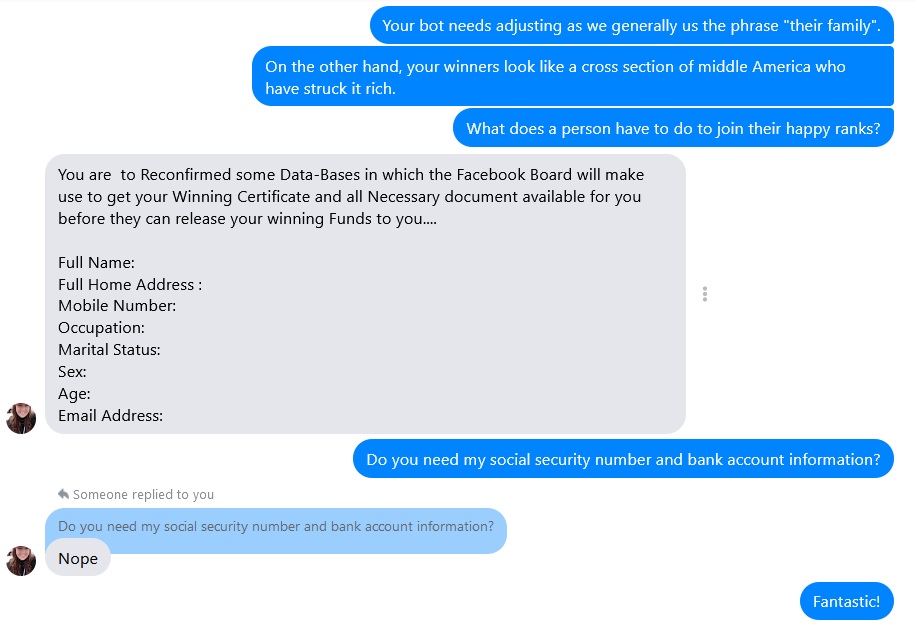 This entry was posted in All Kinds of Spam, Alternate Realities. Bookmark the permalink.